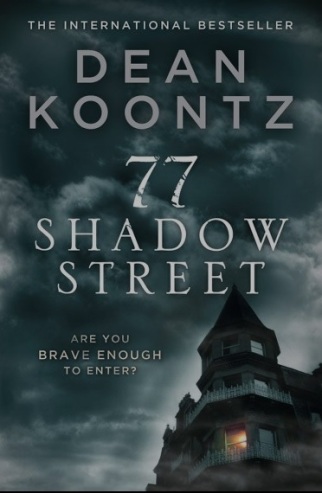 The Pendleton is an old mansion which was converted into condos. The residents are a variety of uninteresting individuals: a single mom and her son, an ex-Marine, an ex-police officer, a retired attorney. Over the course of a few hours, each of the residents and employees experience anomalies within the walls of the Pendleton that they cannot explain. Even the level headed Marine is second guessing his sanity. Between the cameras failing, Senators vanishing into thin air and phantoms wandering the halls, there seems to be something sinister at work within the Pendleton.

Silas Kinsley is investigating the Pendleton’s history, from its infancy as a mansion to a the modern condominiums with a dark and sordid past.

In a word, amateur. I was horrified, but not for the reasons Koontz would have wanted. The language was immature and stale. Definitely not what I have come to expect from one of my favourite horror/mystery authors, as a young adult.

“When Bailey was a boy, his mother called him ‘my guardian.’ His failure to protect her was an embedded thorn, perpetually working its way through his mind all these years later, too deep to pluck out. He could atone, if at all, only by reliable service to others.”

The book is written from a different characters perspective each chapter. I can understand why it was done this way, especially when several tenants are experiencing the same event, but instead of being dynamic and unique, it was tedious and forgettable.

I could not be bothered to relate to or like any of the characters. I found that I have no reason, emotionally or otherwise, to invest in these people or this book. I was appalled by the lack of writing skill, especially when you consider such great works as Phantoms. I tried to be fair and remember that I started reading Koontz (and King) when I was about 13 years old. I understand that I have changed, matured and progressed, and by extension, so have my reading tastes. Even so, this was an awful book. I may have matured but I still love a good horror. This is not a good horror, for any age.

Something that particularly grates me is when a character (this extends to movies and series as well) jump to conclusions with no evidence. It’s usually a case of a door slamming shut and the character automatically asserting that the entity is demonic. Give me something more. How about “WE ARE LEGION” carved into a rocking chair (‘cos we all know how fucked up rocking chairs are!) at the very least? You expect this sort of shit in b-grade horror movies and ghost hunting shows. Don’t use this in a allegedly decent horror novel.

Here is a quote from a review one of the Amazon clients left:

“Ultimately, Koontz’s story is interesting, and I can’t say the book isn’t worth reading. I grew tired of it, however, which isn’t what I expected from a Dean Koontz thriller. And by the end, I wasn’t invested enough in any of the characters to really care why all this was happening and what we were supposed to learn from it. ‘This world,’one character says, ‘is a dark place, and hard.’ That much comes through very clearly in 77 SHADOW STREET. I was disappointed, however.”  – From kacunnin‘s review

This perfectly explains the core problem with this book. Not unlike kacunnin, I will always be a fan of Koontz but this is a shame really. Perhaps it is time to bow out of the horror game…

Get Koontz’s Phantom (book and film adaptation) at Amazon.com 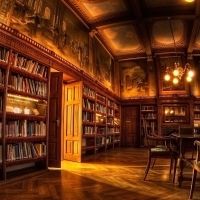