I hurt myself by reading these things…

Amanda has just found out that she is infertile. She is quickly heading in the direction of depression despite the fact that there is more than just natural conception available to reasonable people who want children. Some of those option include surrogacy, adoption, in vitro fertilisation (circumstances permitting) but I digress. Amanda here decides that a solo weekend cabin getaway is just what she needs. She needs this time away from her life.

While in the cabin, Amanda hears a strange noise and decides to investigate. A large, amorphous, black, thing (almost oil black in nature) is in the cabin with her. She is terrified until she is gassed with a substance which makes her very amenable to the strange creature’s advances.

There’s nothing too wrong here but the tone. Kill me now. It was so morbid and self-deprecating. I don’t want children so maybe that’s why this idea didn’t resonate with me but we live in an age where there are so many options for people who are wanting to be parents. At one point Amanda says that she could always adopt but it’s so expensive and she does not have the money to do that. *News flash* having kids naturally or otherwise is expensive!

“The world was a barren place, just like her.”

“Now she felt physically and emotionally empty, like a shell unable to produce a seed and create one of it’s own kind.”

Amanda winced when a few of the shadows along her stomach moved in a circle across her belly.  …It was a bitter irony that it sought her out of all people with which to procreate.”

“Her lover kept pushing in and out, and pressing against her stimulated nub.”

Well, I’ve already shared my thoughts on childbearing and parenthood but I’d like to reiterate that this is such a fucking stupid premise. This is not meant to be offensive to people who want but cannot have children. I simply believe that if you want to be a parent and love a child then it shouldn’t matter if you incubated the terror yourself. Wanting a baby for the sake of having a baby isn’t the same as wanting to be a parent, it’s selfish. That said, I think that this coloured my experience of the rest of the book.

Again, the sex was dull and uneventful. Tentacles people! Plural! and they still only managed to either stimulate her nipple, clit or vagina one at a time. Really? There was a wealth of possibilities here and Mac Flynn gave us a rag that reads like the evening news report. 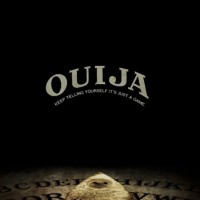