Just when I thought I couldn’t torture myself any more, I found this gem on Amazon. The classicist in me couldn’t let the opportunity pass me by, so for $ 5.69 I bought this marvel of literary ingenuity.

I have no idea what happened in Horn Lords 1 but we pick up our story with Bera; a fair, virgin (obviously), maiden who has been kidnapped by the Horn Lords. These alleged Horn Lords are minotaurs, if you had not yet guessed. It would seem that her capture was a result of a Horn Lord raid. Bera is taken to their campsite, where she is put with other female captives from her village. In a moment of sheer stupidity or bravery, you decide, she sacrifices herself in place of one of the other girls.

She has unwittingly offered herself as the prize for a ritual known as “the Choosing”. In a bizarre combination of the caber toss and bro-lifting, Bera is “won” by the biggest, baddest minotaur – Dugash. Of course, he claims is prize and does so very publically.

The usual wannabe Tolkienesque bullshit is present but this literary genius decided to throw in an extra language:

Other than that, this napkin was made up of the usual sex masquerading as “erotica”. Have a look for yourself:

“Beneath Dugash’s loincloth, something thick and heavy stirred like a swamp serpent catching the scent of prey.”

“Reluctantly, Bera turned back to the champion’s engorged pole and tried to wrap her hands around it. Her thumb and fingers didn’t touch, but she stroked it with long, slow motions.”

“Lower, she kissed his heavy sack, licking, then sucking tat the tight sack of skin that held them. The taste of him was as thick as his smell, and her crotch flexed and tightened with need.”

“She soon learned to anticipate each thrust, and that only by relaxing her tight inner passage culd she hope to endure his sheer size and ferocity.”

She was literally mounted.

By far not the worst smut I’ve read and for those of you looking for a fantasy coupling, this might do the trick. I’m just tired of virgins being raided for breeding. I particularly love how these virgins only feel pain for but a moment upon penetration and how that pain very quickly morphs into pleasure and release. Riiiiiight…. I’ve also learnt that minotaurs, though half man and half bull, are smaller than bulls but bigger than men and that despite their bull muzzles and cloven feet, their penises are simply larger versions of human penises.

Buy Horn Lords 2: Broken by the Champion on Amazon.com

Enslaved: The Orc Captive Part One

Ravaged by the Magic Pebble 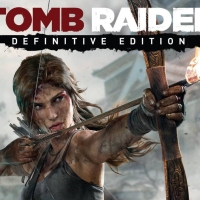 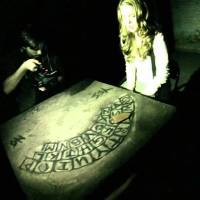