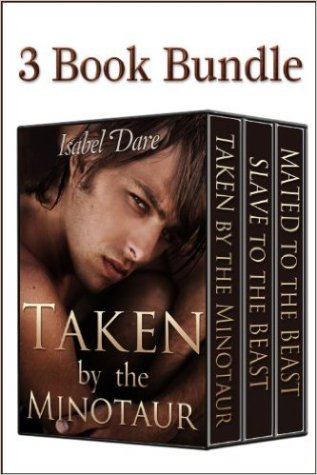 I bought the first two parts of this trilogy last year sometime. I read them, lost interest and forgot all about it. For some godforsaken reason, I remembered these pamphlets over the weekend, dutifully bought the third installment and re-read the previous works, all for good measure.

This is the Theseus and the Minotaur myth with a twist. For those of you who are unfamiliar with the mythology, it goes a little something like this…

Each year (in some versions of this myth, this only happened every 7 or 9 years), the Athenians sent a selection of 14 youths (7 male and 7 female) to the island of Knossos as reparation to King Minos. They were subsequently sacrificed to the Minotaur, the mythical half man half bull abomination borne from the unholy union of Pasiphaë and the Cretan Bull. There is more backstory here but it is not vital to the trilogy nor this review. Anyway, these youths where not selected but rather drew lots. Those who drew the short straws were shipped off. One year, Theseus, the son of the King Aegeus, volunteers as tribute and offers to kill the Minotaur in order to free Athens from this duty. He travels with the other youths to Knossos.

This is where our story begins. We find a cocky Theseus trying to navigate the Minotaur’s Labyrinth, using advice given to him by Ariadne (King Minos’ daughter).

For the most part, this book is well written. Nothing glaringly obvious stands out as terrible and, similarly, nothing was particularly noteworthy either. The author uses creative licence here and decided that instead of making the Minotaur eat the youths, he uses them for his more carnal needs. This is written into the story quite well, as Theseus is under the impression that  he would be eaten, based on his knowledge (the stories of yore) about the tributes sent each year.

I commend this author on finding lube! I’ve said this many times people… Just because the body is willing, does not mean that it simply can. Dare gets creative and had the Minotaur use lamp oil as lubricant.

“His cock twitched with every small movement of the fingers inside him, and he ground himself harder into the bedclothes, trying to hide his excitement.” – from book 1

“The Minotaur’s mouth was twice as wide as Theseus’s, and his tongue was huge. For a moment it felt like the Minotaur was trying to devour him, swallow him up whole, and all the scare-stories were true after all.” – from book 2

“The Minotaur drew back further now, making Theseus hiss, and then drove back into him, thrusting up slowly but inexorably until it felt like he could end up fucking Theseus’s mouth from the inside if he kept going.” – from book 2

“His legs were spread too wide, just the way he liked it, his opening spasming desperately against that tremendous bulk sinking into him. Oh, it was too much, too much, and it was perfect.” – from book 3

I think this captures the change in tone over the course of the 3 books. Theseus goes from captive/sex slave to willing participant to lover. Theseus realises that Asterion (the Minotaur) is a prisoner too and they hatch plan to escape and live happily ever after. There’s clearly some serious Stockholm Syndrome going on here but who am I to judge?

I was surprised by this trilogy. The mythology was largely adhered to, with the exception of Theseus going to Knossos alone or the idea that the 14 youths sent as tribute were sent because of their beauty. Those changes could be overlooked. What could not be overlooked, however, was the assertion that Theseus, an Athenian aristocratic youth living in the Late Bronze Age, was a virgin. Though he may not have yet dipped his nib, it is entirely likely that he was part of a pedaerastic relationship and thus well-versed in the bottoming department. Moreover, I’m fairly sure that Theseus was described as blonde. I’m not even going to bother explaining how unlikely that is for any Mediterranean inhabitant.

It is clear that the author was either familiar with or researched Greek mythology but there were a few things which are sorely out of place. As an example, the author mentions “Greek Fire“. This was a weapon developed and employed, by the Greeks, in the 7th century AD. Almost one thousand years from when this story is set. My only conclusions are that either the author didn’t research enough or wanted to seems well-versed in their knowledge of Greek culture and warfare. Or Theseus had amazing time traveling abilities. Whichever conclusion is correct, the detail is unnecessary.

That said, this was not a bad story for those of you out there who enjoy questionable bestiality fantasies.

Buy the Taken by the Minotaur boxset at Amazon.

Taken by the Centaurs

Taken by the Vikings: Trilogy 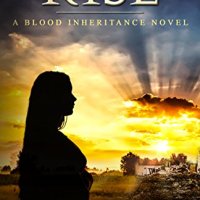