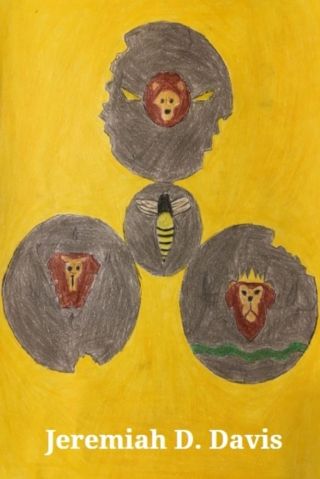 From Amazon: After the death of one of the eight kings on the continent of Libertas, three brothers are pitted against each other for the throne, but none know the true heir, and they don’t know how much their lives will forever change. Read and see the struggle in choosing between family and power.

This was a particularly difficult book to read, for a number of reasons. Chief among them being the fact that the narrative is predominantly comprised of direct speech in the present doing tense. After 90 pages, I had no idea what the protagonists looked like or what the world looked like, as there was no descriptive narrative about the landscape, setting or the people inhabiting it. Further, the direct speech made it feel like characters were simply moving from A to B, and B to C, and so on. And to top it all off, there were so many basic errors in speech, idiom use, grammar and syntax (some of which are quoted and underlined below) that I found my brain was working overtime to get through this book. And with 425 pages of book, this was not easy.

“He would rather stay in his locked up castle and tend to business their instead of talking and meeting with his own people; this cause them to see him in a negative like and they became very disconnected with him.” (Pg. 5)

“…and those who could not pay were either executed or cast out if their guard by force.” (Pg. 6) – I don’t actually know what this is supposed to mean…

These errors occur throughout the book. The most perplexing thing was that though the narrative was mostly direct speech/dialogue, it was sometimes impossible to decipher or figure out which character was speaking, as illustrated below:

“Why don’t you tell him about the incident that happened after your father became king. “Oh, that little hiccup…” [sic] (Pg. 7)

The next excerpt of text is even more ridiculous:

“Father started this war by denying him the chance to see us. We are his remaining family and his son in law told him he could never see his grandchildren ever again. He was finished grieving and ready to make amends, but father was too selfish and proud to accept him.” ¦ “If what you say true and he really does care about, why are you the one in that throne. Why were you the only one rescued, why didn’t he seek me or Aaron out? Are we not his grandchildren just like you? I’m sure he gave you an excuse for why he left us, so what is it. What horseshit did he say that made you so loving of him?” ¦ “He told me…nothing. He simply showed me what kind of man he was and I chose to stay here. He didn’t tell me why he didn’t save you, but it didn’t help that Aaron pursued Lorenzo Dumont; you were gone, so tell me how it is his fault that you were not brought here. Do you expect him to ride all over just to find you?” [sic] (Pg. 309)

I have inserted vertical line breaks to better illustrate when a different character is speaking. As you can imagine, trying to keep all this dialogue straight in you head, with zero line breaks to denote that a new character has started speaking, means that ultimately the actual story is completely lost by the wayside. In addition to this, there are entire scene changes where the story suddenly switched from one part of Libertas to another, without so much as a paragraph break. All this, coupled with the scarce description of the peoples and the places, makes the book very bland and extremely labourious.

The lack of descriptive narrative, adjectives and vignettes means that if the author hadn’t told me that this was meant to be a medieval setting, it would have taken me close to a quarter of the book to figure that out. Period is a massively useful device when setting tone for a novel. Not knowing the period setting means that the narrative potentially has the entirely incorrect tone, to what was intended.

I understand that the author likely had an entire world mapped out in his head while he was writing this, but some of those details need to be given to the reader as well. One doesn’t suddenly need to be as verbose as Tolkien, but a writer must give the reader at least a few markers, landmarks, basic descriptor and adjectives so that a framework is automatically created. The narrative will then prompt the reader to fill in the rest, as they see it in their imagination.

The truly unfortunate thing is that I think that there would be an engaging story here. The author seems to be quite young, so I hope that with the guidance of some creative writing workshops and programmes for aspiring writers, guidelines for accurate formatting, a good editor and an army of beta readers, this could become a great trilogy. Instead of trying to fit everything into 425 pages, the story should be compartmentalised, and each of those segments expanded and rewritten with actual adjectives and some vignettes.

I really dislike the fact that the book cover does not have the title on it. This is entirely a stylistic preference. That said, with the book in its current state of being, I cannot give it a high rating. It was difficult and unpleasant to read. However, I do hope that Mr Davis is not discouraged by this, and is willing to put in the work to improve this book.

One thought on “Book Review: Heir – All dialogue, all day!” 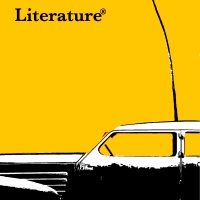 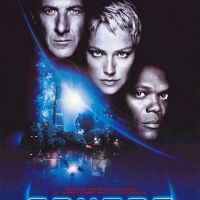 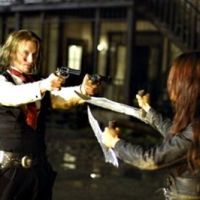 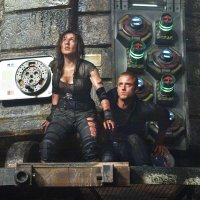 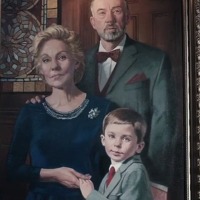