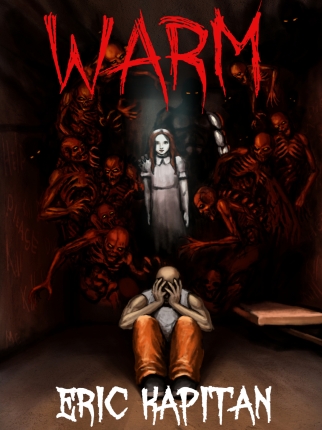 “Charity had known something was not right. No living thing could have survived the beating her brothers and father had given her.”

Blurb: Only a truly broken soul can be possessed by the ruler of hell. Unfortunately for Adam, every second of his life has molded him into the perfect host.

Adam is a killer. There’s no getting around that. The state doesn’t care that he was a child of abuse, that he was beaten near daily by a father who never wanted him. They don’t care that he truly wants to change, more than he’s ever wanted anything. For his crimes, Adam won’t see the sun until the day he’s dead and buried.

Deep below Adam’s restless heart, the king of hell has a new name, and he’s desperate to prove himself worthy. In his previous life, Timothy was a serial killer haunted by an all-consuming obsession with death and destruction. Now that he’s dead, he’s determined to rise through the ranks and earn a power like no other. As the king of hell, he’ll be able to re-enter the human world at last—and then tear it down, piece by bloody piece.

But for that, he needs a soul just as corrupt as he is. And Adam is ripe for the taking.

This is a third person narrative, swapping predominantly between two characters. The book follows the lives and choices of Adam and Timothy. The story moves, in a non-linear manner, between their beginnings, upbringings and present. This had the potential to feel disjointed and cut up but I found it to be a very effective vehicle for demonstrating just how difficult their childhoods were and how each aspect of their lives contributed to what they had both become.

I especially liked the way in which the title of the book was woven into the narrative without my even realising it. I don’t want to say much more because I never enjoy spoilers. Grammatically, there were a few errors and more often than not these were related to word order. I find this to be a prevalent error in American literature, at the moment. One word in a different place in the sentence can change the entire meaning and tone of that sentence. Overall, this didn’t detract from the powerful nature of the narrative. I think that a good editor could work out those last issues, before publication.

“Adam Williams was fucked from the start. The moment he came out of his mother, Adam’s fate was sealed. His parents, Craig and Ashley Williams, were children themselves when he was born. Being only in their late teens, they lacked the knowledge and proper discipline to care for a child.” (Locations 142-144)

This was an enjoyable, fast read. The imagery was wonderful blend of Supernatural and Constantine. I would have preferred something more original but at the same time there are only some many iterations of the Christian version of hell and damnation to draw from.

This story isn’t going to stay with me and keep my up at night but I did continue to think about it well after I had finished it. Warm is an interesting presentation of nature vs. nurture vs. mental illness vs. the supernatural. The psychology graduate in me thoroughly enjoyed the parallels in Timothy and Adam’s lives, and how wonderfully they were illustrated through the narrative, without feeling like the author was spoon feeding or hand holding. There is also the ever present conundrum of free will vs God’s master plan, as is often the argument when looking at the implications of Abrahamic religious rhetoric. If God has a plan mapped out for each of us then how can we ever truly have and exercise free will? This notion was reiterated each time the reader was forced to look at Adam’s life. It becomes especially important when one remembers that according to Christian doctrine, Satan can never make any individual do anything. He can simply influence them. He can’t put the knife in your hand but he can encourage you to pick it up.

I appreciated that the depravity and sexual assault in the book were visceral and raw but not overly graphic. It moved something in me, and the narrative allowed me to easily see what was being done to innocent and guilty alike, but the author didn’t delve into detail or pass judgement. The acts perpetrated in the book are by their nature horrifying, thus the mind will conjure up a nightmare without much prompting. As jarring as, and at times evil, some of the characters and acts were I never once felt that this was excessive. The world can be an evil, broken place, with no hope or light for many of those who exist in it. And that is the true horror of this story – these things happen to people around the world, everyday. Some people might find Warm difficult to read, but that is likely because we shy away from the awful, depraved and disgusting things that human beings do to other human beings. This book forces the reader to look at these iniquitous and diabolical acts, without it being a traditional story of good vs. evil.

Warm has not yet been release, and will likely be released in September 2018. I hope that the author does attached a trigger warning of some sort, regarding the sexual assault and humiliation, to the blurb. In it’s current form, the blurb does not allude to the sexual violence and degradation present in the narrative. I wasn’t surprised by anything perpetrated in the book, and in some instances I expected it, but I was surprised by how quickly the narrative turned. It took me a minute to readjust mentally.

I would definitely recommend this to readers who enjoy true crime thrillers and supernatral horrors. A word of warning to any of you who are sexual assault survivors, go in with your eyes and mind open.

Warm will be available for purchase in September 2018. 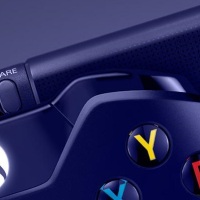